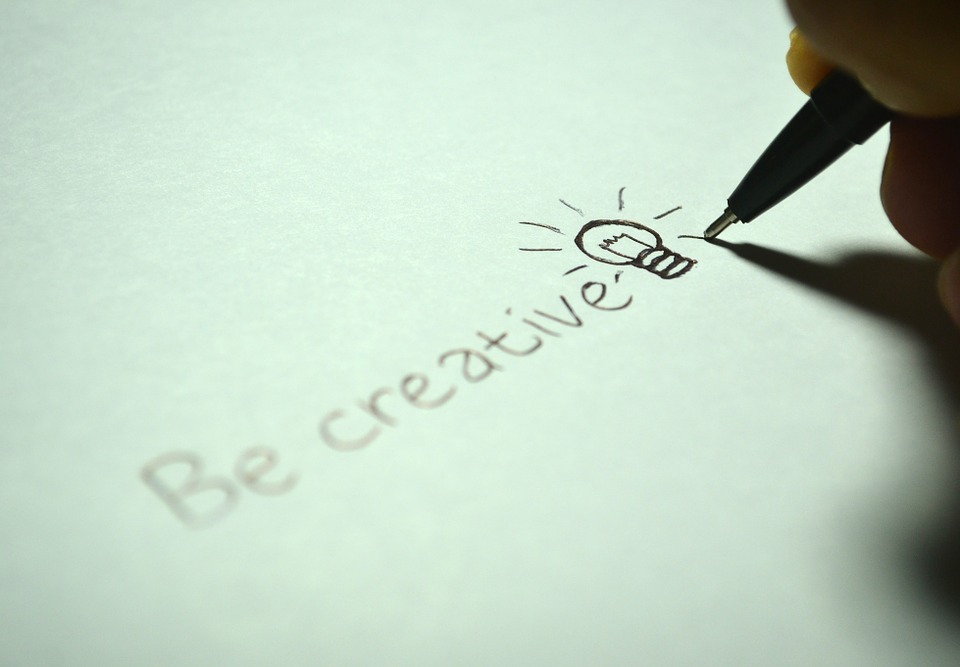 Imagine if Mozart had been so afraid of people’s reactions to his music, that he only ever played it for himself. Or if Shakespeare just got his kids to perform his plays, rather than open himself up to critique from the general public. I’m sure they had moments when they feared failure, but they didn’t allow it to stop them living creatively and sharing it with the world.

I recently read a book by Elizabeth Gilbert called Big Magic, which looked at how we can all live more creatively. Elizabeth dispels the myths that we all need to be tortured souls willing to sacrifice anything for our art. In fact, all we need is curiosity, courage, passion and the ability to overcome the too-often crippling fear of failure.

As a writer and internal communicator, I like to think of myself as creative – I’m certainly curious, passionate and I like to think I have courage. But I can say without a shadow of a doubt that I most definitely have a fear of failure. I think we all do, maybe to varying degrees, as no one likes the idea of falling flat on their face.

But recently there has been a definite shift in our industry towards embracing failure. While it might not feel great at the time, you will most definitely learn something from even the biggest failures. And as internal communicators, who also double up as storytellers, we know every great story has a hero that goes on a journey which includes obstacles that need to be overcome. It would be pretty dull if everything went smoothly all of the time (not to mention unrealistic).

In her book, Elizabeth talks about the central paradox – art is absolutely meaningless but is also deeply meaningful. Creativity has the ability to touch people and to do it well you need to believe that what you’re creating is truly meaningful. But unless you’re a journalist living in a war zone, it’s unlikely anyone’s going to die as a result of your creative output.

And that thought is truly freeing. Without fear, we’re free to create whatever our hearts desire. And the beauty of creativity is that it is subjective. I have very rarely understood the art that go on display as part of the Turner prize, yet to many they are masterpieces. I worship at the altar that is Shakespeare, but I know plenty of people who would rather watch paint dry than one of his plays.

Elizabeth goes on to say that it’s also ok, if you don’t want to share your creativity with the world – if you’re doing it for your own satisfaction, that’s great. But if you’re dying to show someone the fruits of your hard labour, don’t let fear of failure, stop you.

This got me thinking about how we handle failure in our organisations and my own experiences. In internal communications, we often talk about authenticity, honesty and the human element, but how many of us truly lay all our cards on the table, or encourage those we support to do the same?

In my last in-house role, I managed a 19-year-old apprentice with little experience in the workplace. She was eager to learn and worked extremely hard, but inevitably mistakes were made, as you would expect of someone just starting out.

However, one mistake in particular really bothered her. It happened on a Friday and I told her that mistakes are fine as long as you learn from them, but I could tell she wasn’t convinced. When I came into work on the Monday, it was obvious she still wasn’t right, and took her into a meeting room where she confessed that she has been worrying all weekend about the mistake.

I was mortified and nothing I said seemed to convince her that we’re all human, and we all make mistakes. So, I asked the rest of the team to share on our ESN platform, times in their careers when they failed and what they learnt.

The team really stepped up and shared some of their most epic failures – which at the time must have felt like the end of the world, but with hindsight (and a career still in tact) were pretty hilarious. Not only did the apprentice laugh a lot, but she immediately believed me then, that everyone fails and it’s very rarely the end of the world.

As a team, we also learnt things about each other we didn’t know, such as previous roles or expertise so it was also a good bonding experience.

Now, imagine the impact it would have if a CEO shared a genuine failure with employees and then encouraged people to embrace their own failures. Once you take away the fear of failing, people are free to be more creative and open about their ideas and who knows where that could lead….

And in the interests of being open about failure, the one I shared with my old team was that in my first job out of university, I worked at a conveyancing firm and managed the legal process of people’s house moves (all overseen by a lawyer of course!). For one particular client, I forgot to order the funds from the bank, which would have meant we couldn’t complete on the sale, and at best the company and the client would have been fined and at worst the whole chain could have collapsed. Luckily, a colleague picked up the error just in time. It was a truly gut-twisting experience but it certainly taught me a lesson about organisation and always double checking your work.

One response to “Creative failure”